Renault 4 Van: All We Know About The Retro-Flavored Electric LCV

This article includes illustrations made by Jean Francois Hubert/SB-Medien for CarScoops based on teasers and information we’ve obtained. They are not related to or endorsed by Renault. 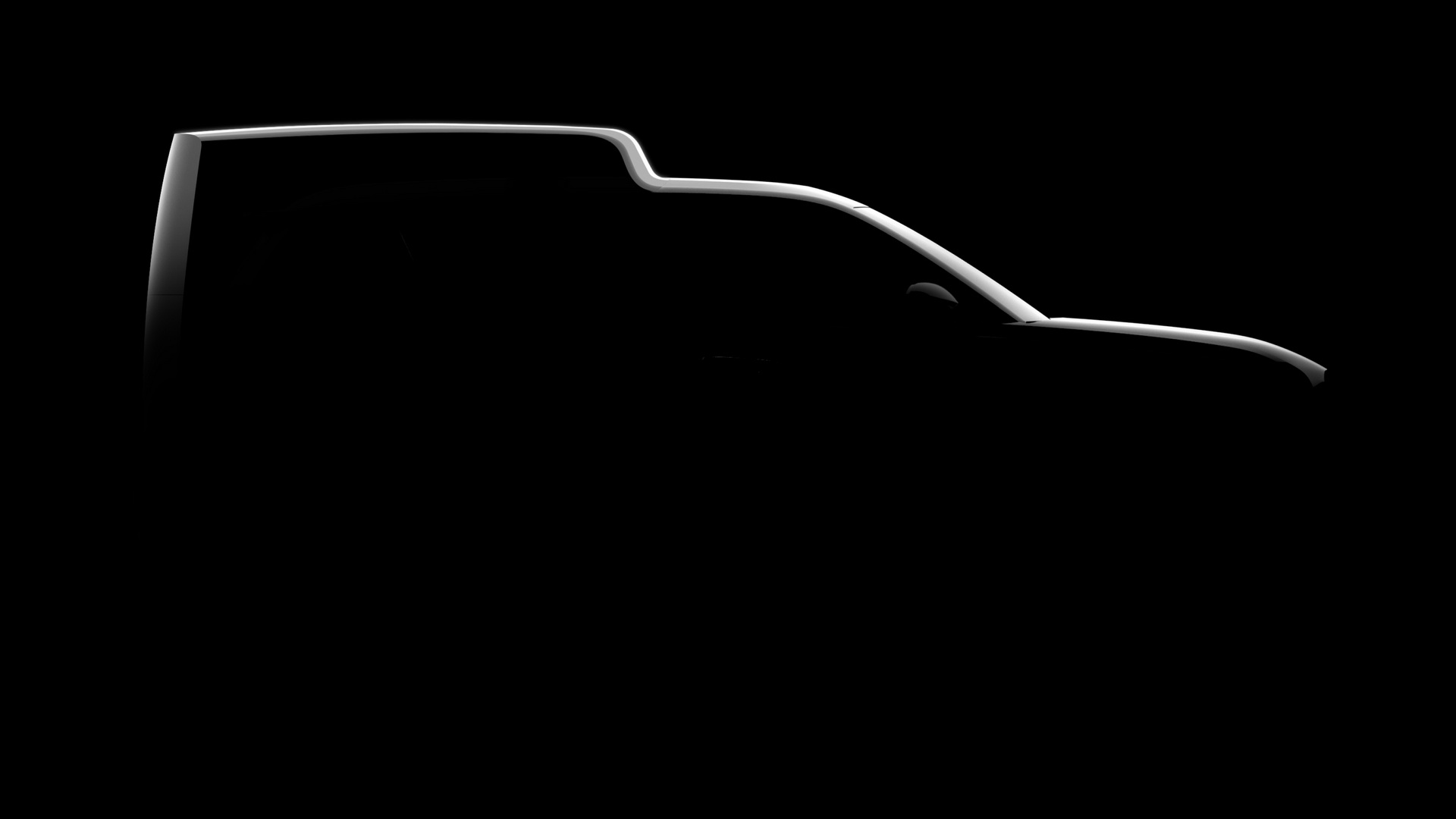 Renault’s ambitious electrification plan is already underway, and the Mégane E-Tech will soon be joined by the Renault 5 supermini, the 4ever SUV, and a commercial vehicle variant inspired by the Renault 4 Fourgonette (1965-1992). The latter has already been teased by Renault so we decided to dive deeper with renderings and all the available information up to this point.

The fully electric model will complement Renault’s commercial vehicle range sitting below the slightly larger Kangoo E-TECH. It is expected to share the CMF-BEV platform and many other components with its SUV sibling, most likely including several body panels and parts of the interior. The front end will be identical, with a covered grille housing retro-inspired LED lights and Renault’s new emblem.

Unlike modern light commercial vehicles which have integrated the rear cargo space in an aerodynamic outer shape, the Renault 4 Van will follow the lines of its distant ancestor. The bump on the roof had the advantage of increasing cargo space, even though it does create more drag, which is not ideal for efficiency. However, Renault designers seem to prioritize style and practicality over the maximum possible range in this specific model, since its use will be often limited within cities.

The old 4 Fourgonette had the unconventional “‘giraffon” rear hatch with the main door opening sideways and a small part opening upwards. We don’t know if this feature will be inherited by the new model, but it’s likely that Renault will opt for a set of “barn doors” which is the most common solution in panel vans nowadays. It is also likely that the R4 van will maintain the ground clearance and the plastic cladding of the SUV since those features come in handy for professionals and look like the perfect match for the commercial vehicle’s unpainted bumpers offering a purposeful look. 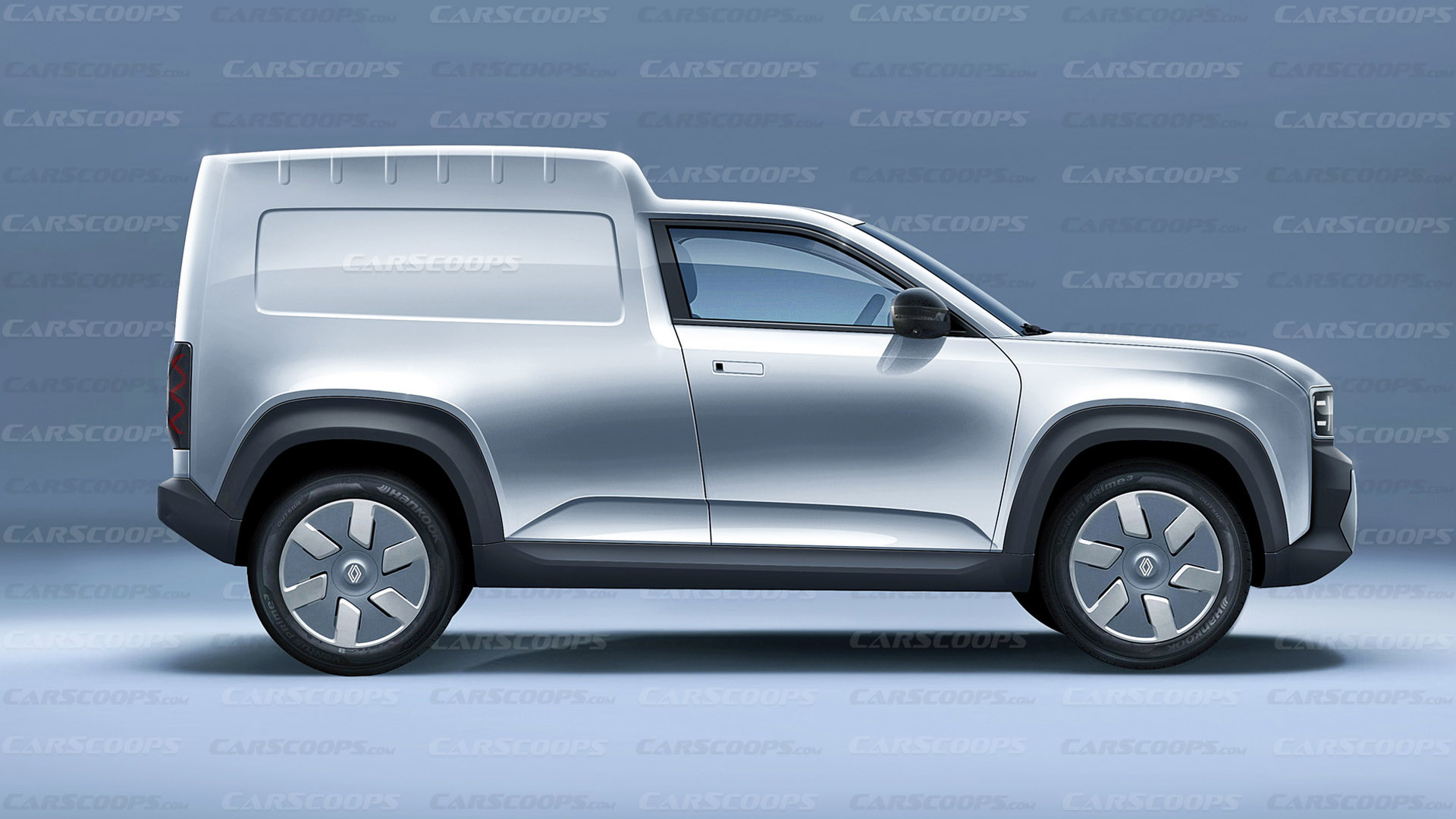 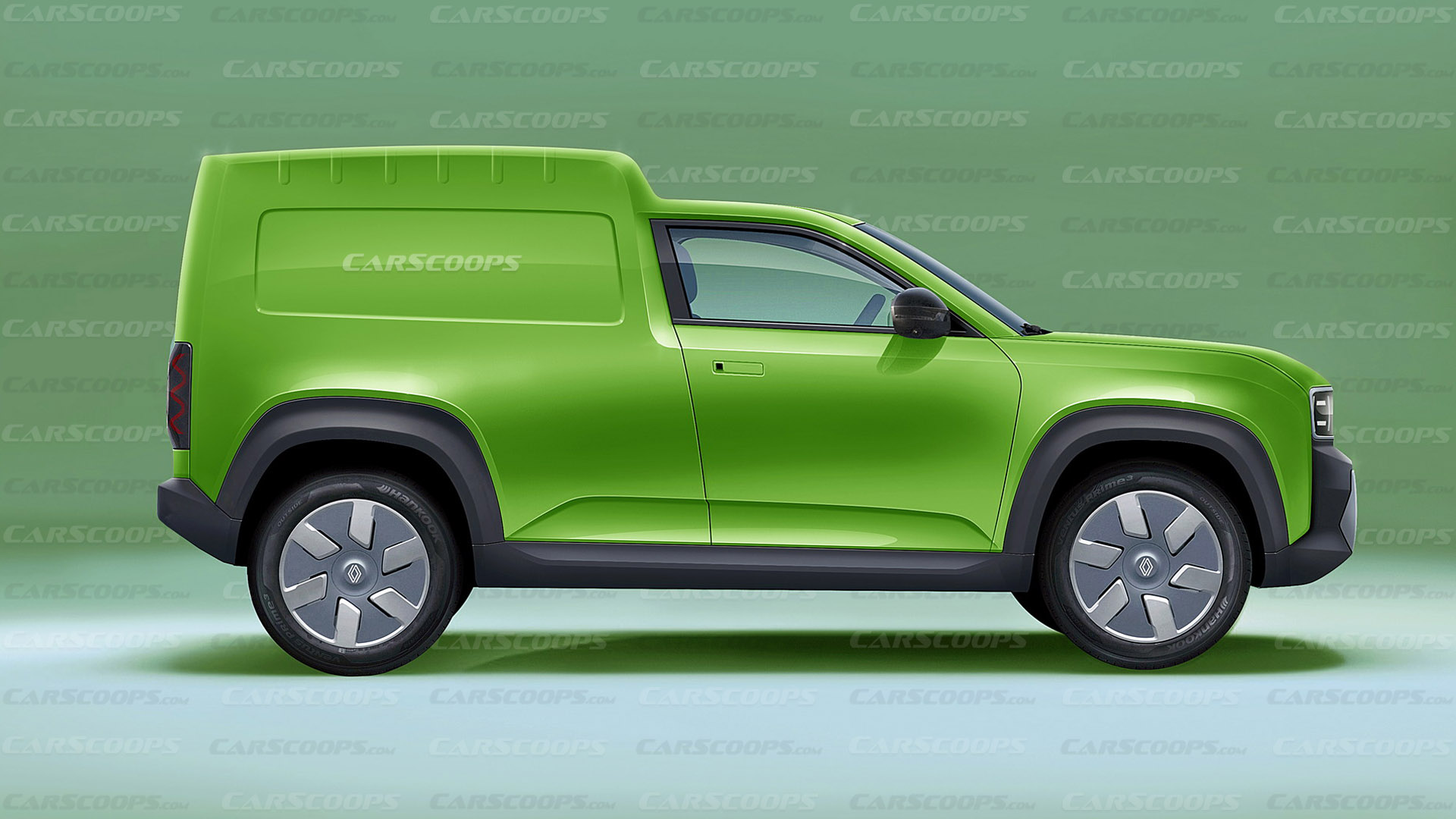 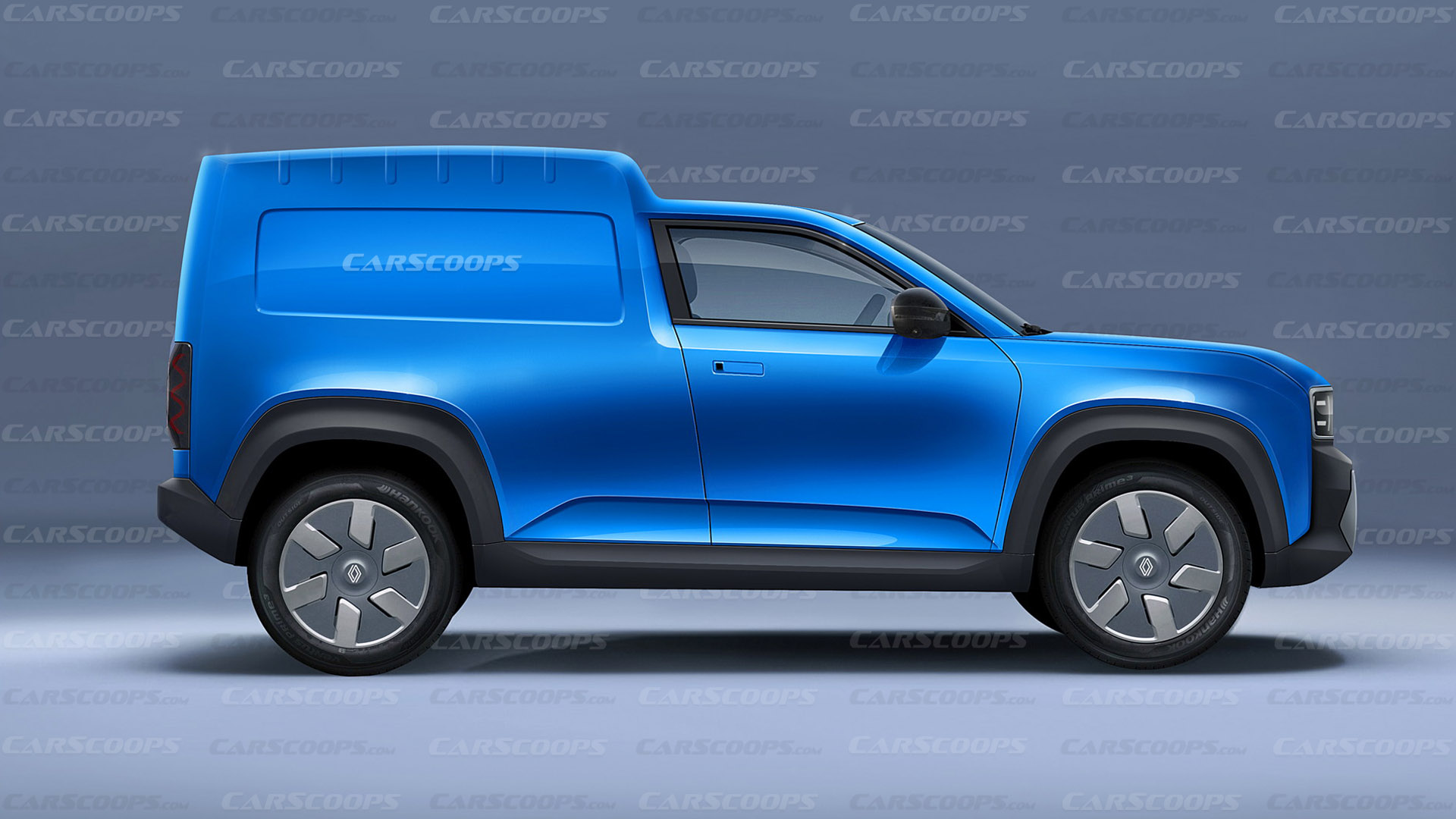